Listen to a patient! Weight loss & the positive effect on Arthritis

Nic is one of Dr Herman Lau's patients. She really wanted to share her story of weight loss with the hope it will inspire others. The following are her words:   I have always battled with my weight for as long as I can remember and had a number of ...

At the recent EULAR conference, I wasn't able to attend as many sessions as I would have liked due to the sessions running concurrently. One such session was on the Metabolic syndrome (MetS).

MetS is a disorder with components that include central obesity, elevated fasting glucose, hypertension, and/or dyslipidemia (see definition). This combination significantly increases the risk of major cardiovascular disease.

The very helpful EULAR app I reviewed (read review) contains the abstracts for that session so I read those & tried to summarize the take-home messages.

Cardiovascular (CVS) disease is excessive in SLE, leading to increased death and impaired function. This continues to be a problem almost 40 years after its first description.

A significant part of this is likely to be due to MetS being more common in patients with SLE. The high use of corticosteroid therapy in SLE contributes to this as does having active inflammatory disease.

Close attention to traditional CVS risk factors and the MetS should be a cornerstone of management. Disease should be suppressed as much as possible whilst using the lowest possible dose of steroid therapy. Patients should be treated with anti-malarial agents whenever possible.

An analysis was performed on three cohorts of patients:

The data for the RA patients was then presented. In early RA, MetS at baseline was not shown to influence the outcome but in those with long-standing RA, MetS led to a significantly lower change of achieving a good result with disease control.

In early RA, obesity did lead to significantly lower rates of remission (DAS or CDAI criteria) when the patients were followed up 12 months later. A higher percentage of obese and overweight early RA patients required anti-TNF treatment after 12 months of follow-up (28.1% of obese, 28.8% of overweight, 16.2% of normal weight).

In long-standing RA the predictors of not obtaining a good response at the 12th month of anti-TNF therapy included the presence of hyperglycemia and hypertension at baseline.

Higher levels of MetS are seen in Psoriasis & Psoriatic Arthritis patients compared to the general population. It's thought that this MetS partially explains the increased risk of CVS disease reported in patients with psoriatic disease.

Both psoriasis and obesity share increased levels of inflammatory cytokines which may promote insulin resistance, dyslipidemia and atherosclerosis.

21,837 participants who had fasting blood lipids, anthropometric & blood pressure measurements during 2003-2007 were selected from the Melbourne Collaborative Cohort Study.

Central obesity and hypertension were associated with increased risk of knee OA. Interestingly, the higher the number of components of the MetS, the higher the knee OA risk. Of note, this was independent of BMI.

No significant associations were observed for severe hip OA.

The findings suggest different causes of knee & hip OA. Management of MetS may reduce the risk of knee OA. 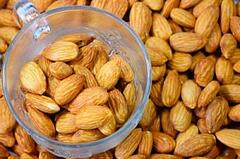 MetS is relevant to our patients. We rheumatologists discuss drug therapy readily but we do also need to become better at helping patients address this syndrome.

I think this emphasises the need for coordinated, multidisciplinary care such as BJC Health's Connected Care approach. Our dietitians & exercise physiologists are essential allies.

What do you think?

How long will I have to take this Methotrexate?