This week at BJC, we are incredibly proud of one of our regular clients Matt and his recent result in the Blackmores Sydney Running Festival. He completed the half marathon, (his second ever) and managed to beat his previous time by a whopping 10 minutes! 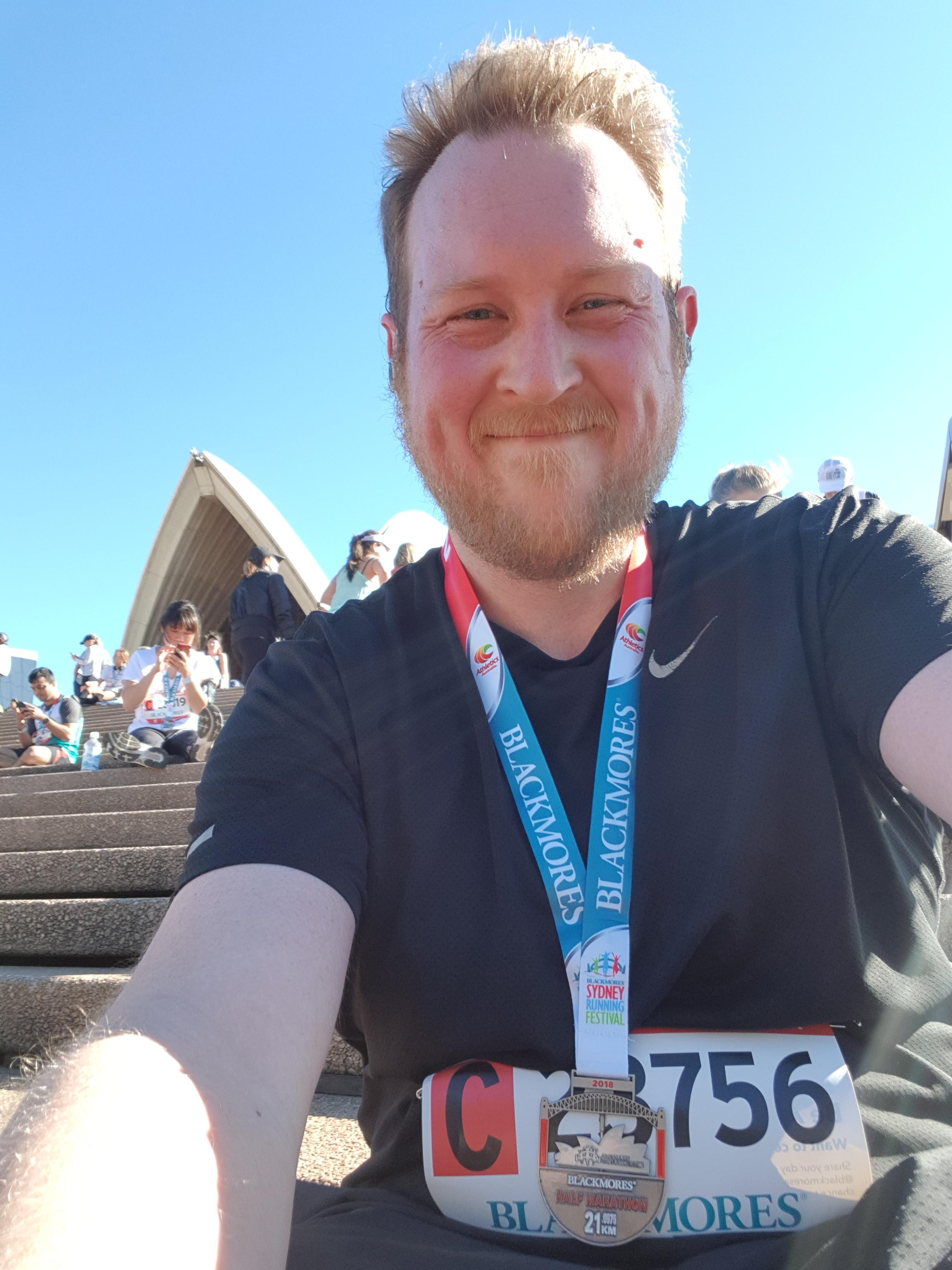 But for Matt the lead up to the event wasn’t so glamorous...


Unfortunately Matt developed shin splints 3 weeks before the event. In one of his training runs, his calves tightened up to the point where he couldn’t run. He managed to power through his next run only to be left with a very tender and sore shin afterwards. He missed his long run that weekend due to the pain and presented to me on Monday after he messaged Sarah (his Exercise Physiologist and running coach) to tell her about the problems.


The way Matt presented was fairly typical for shin splints. He was unable to calf raise, jump or hop without pain through the inside of his shin when I assessed him. He was also tender on the bone and muscles around there. We were definitely worried about his chances of running the half marathon!


As physiotherapists, we call shin splints medial tibial stress syndrome (MTSS) or medial tibial traction periostitis (MTTP)- quite a mouthful! This means that the muscles that attach to the surface of the bone can cause some tension and inflammation at the bone’s outer layer. If this stress is applied over long periods of time, it can lead to small fractures to the bone. Now Matt’s condition was not at that stage yet, but if he continued to run and get pain- it’s likely his condition would have become more difficult to manage.


Now you’re probably wondering how we got Matt through a 21km running event less than 3 weeks later! The answer is through some careful management (and a little bit of good fortune!) Read on for my top race ready tips which we used to help Matt

The first thing I explained to Matt was that we needed to reduce stress put through the area. This meant he needed to stop running. Luckily for Matt he had completed most of the training required to prepare for the event Although he didn’t get to complete his longer training runs (15, 17 and 18 km), both Sarah and I reassured him that he had done enough to give the event a good crack. Continuing to load the area would have increased the chances of making his pain worse.

As Matt’s physio, I threw everything I could think of to help settle the area. We used ice on the area, we treated the muscles with regular massage (with myself and our remedial massage therapist Namiko) and dry needling. We also supported the area using taping and a compression sleeve for day to day life and running. I was thankful that Matt was able to see both myself and Namiko each week in the lead up to Blackmores so we could accelerate his recovery.

I had explained to Matt early in the process, that if things didn’t settle sufficiently, it would be best if he didn’t complete the event. Whilst this would have been tough for Matt given the training he had put in, he had his sights set on bigger things! Matt still has the goal of completing a full marathon (42km!) in the next year or so. A big aggravation to the area and might have set Matt back another 6-8 weeks, so we had to both keep the big picture (and longer term goal) in mind.

To help maintain his fitness whilst he wasn’t running, the Exercise Physiologists increased the amount of fitness work Matt completed in our group sessions. Matt became good friends with both the rower and bike, and was also challenged by different types of circuit training. This was essential to keep Matt physically ready for the event, and also does wonders psychologically! We all appreciate its very difficult to just rest completely in the last 2 weeks before an event. The nerves and doubt can build with long rest periods so I am fan of keeping clients moving in any way possible as long as we can avoid stressing the injury.


So there you have it! In this instance, we are grateful this particular story has a happy ending!

It’s safe to say that the BJC team and Matt himself were incredibly happy with what he was able to achieve on the day! To be honest, we were all pleasantly surprised that he was able to complete such a significant personal best with the hiccups in his preparation- perhaps the time off was a blessing!


I hope the tips presented above are helpful. Although getting injured right before an event isn’t ideal for anyone, Matt’s case is a great reminder that in some instances careful and considered management can still get you to both the start and finish line!

Why I got into Women's Health: a Physiotherapy perspective