The benefits of drinking water

Our bodies are made up of approximately 60% water.  So what happens when we don’t drink enough water? And what are some easy ways of getting enough in? One of the most common things I hear most at work is ‘I could probably stand to drink more water’. So ...

If you do a Google search for fish oil, it is clear the business for fish oil supplementation is booming. At times, it almost feels as though ‘take a fish oil supplement’ is a generic answer for every health condition under the sun. Still though, there is frequently conflicting reports about potential uses and benefits in relation to fish oil’s apparent efficacy, or in-efficacy. So, what should we believe? I’ve put together a summary of some of the best papers released throughout 2012 to highlight what the latest research is showing in this interesting area. 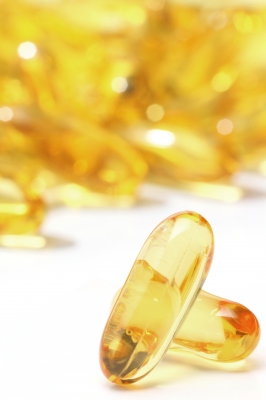 Thanks to free digital photos for the picture

The most recent hype was due to fish oil’s apparent in-effectiveness in relation to cardiovascular disease. The study that hit the news recently concluded that omega-3 supplementation was not associated with a lower risk of cardiovascular conditions or death. Previously, evidence supported the idea that increasing levels of omega-3s had a strong protective effect against these conditions, especially in relation to reduction of fat found in the blood, called triglycerides. Other studies are still suggesting that it is useful for reducing these levels, and also for improving levels of ‘good’ cholesterol. The evidence suggests that supplementation alone does not result in all the desired effects; we need to think about food and nutrients together as a whole, rather than on their own.

Working in a clinic with a group of Rheumotologists, one of the most frequent questions I get asked is about fish oil supplementation for arthritis. The current research shows that people with inflammatory arthritis, for example rheumatoid arthritis, will benefit from supplementation. This means a minimum of 2g per day can result in anti-inflammatory actions. However better results have been seen with 2.7g per day (this is what Arthritis NSW recommends). The benefit is yet to be seen though in those with osteoarthritis.

Use of fish oil in IBD, such as Crohn’s or Ulcerative Colitis is controversial. The Cochrane Review released a paper in 2009 stating that omega 3’s do not support remission or maintenance of remission of Crohn’s disease. More recently, a review published in the British Journal of Nutrition has found similar results; that there is not enough data to make a full recommendation about the use of fish oil, or omega 3 in IBD, because the results are overwhelming for and against.

A recent study at the University of Pittsburgh found that young, healthy adults were able to improve their memory by increasing their omega 3 fatty acid intake through use of fish oil. The results showed that supplementation of fish oil could enhance cognition in already healthy young adults. Another recent randomized control trial showed that older adults with mild cognitive decline may benefit from consuming fish oil supplements. These are promising results, as the research is indicating that both healthy and unwell people can benefit from fish oil supplementation.

Further to that, a review which was published in Current opinion in psychiatry, found improved mood in people with depression and mood disorders. The researchers found that supplements with more eicosapentaenoic acid (EPA) than docosahexaenoic acid (DHA) were effective, whilst those that were higher in DHA were not effective.

What about krill oil?

A comparison study was done in 2011 to determine the difference in efficacy between krill and fish oil. The outcome was that krill oil is as or possibly more efficient than fish oil in relation to bioavailability, and positive effect on good levels of cholesterol, however, more research is required. Krill oil is also much more expensive when comparing content of EPA and DHA in the oils.

So, why are we seeing so many varied results?

It may be due to high levels of variation between study designs, small or short duration of studies, or external factors affecting results.

So… What does that mean?

As you can see, fish oil can be used for a variety of conditions, all of which are not listed here. Nearly every topic discussed has had some controversy in research outcomes, at some stage or another. Remember, our thoughts about fish oil have changed dramatically over the years, and I would expect them to change further, as more and more high quality studies are done.

The key thing to remember is that supplementation alone does not result in all the desired effects; we need to think about food and nutrients together as a whole. When used in conjunction with a healthy diet, there is no harm, and possibly significant good, in using this controversial supplement.

This post was originally published on The Scoop on Nutrition, check it out here 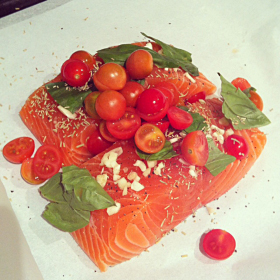 If you want to try some tasty recipes, try our lovely receptionist Jennifer's Baked Salmon, or an Asian experiment of Salmon with Peanut oil and Ginger

Chloe McLeod is a dietitian at BJC Health.
This blog focuses on diet & nutrition generally and diet & nutrition in relation to the treatment of arthritis and arthritis-related diseases. Contact us if you'd like our help in managing diet-related health issues.