Game Changers - it’s the documentary that everyone is talking about. It seems as though one day I woke up, opened my Instagram account and found hundreds of people who had suddenly made the switch to a vegan diet! I definitely encourage clients to incorporate more vegetarian sources of protein into their diets, and to reduce their consumption of red meat on a weekly basis. We know that making such changes can significantly improve your health, for example, by lowering your risk of cancer or cardiovascular disease. 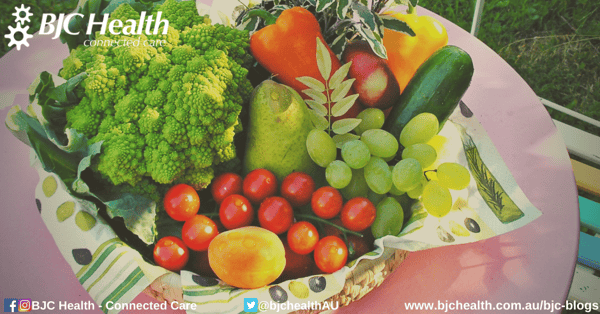 But should we go completely vegan?

To answer the million-dollar question – I sit somewhere in between. I don’t think that complete veganism is necessary, but also think that going more plant-based can be really beneficial. This is particularly true for those with a higher risk of developing chronic diseases. The issue is that this film presents arguments from one side and at times, misconstrues evidence or research findings. This has scared many people into believing that the only correct option is complete veganism.

So here is a look at why you should think twice before you decide to overhaul your life and become completely vegan (and also, the unbiased benefits of incorporating more plants into your diet).

First up is the claim that plant foods are anti-inflammatory, and yes, they most definitely are! This is due to an abundance of micro-nutrients and antioxidants that can help to reduce inflammation, as well as reducing the calorie density of your diet overall (and weight loss is strongly associated to reduced levels of inflammation). What I would like to debunk is the idea presented that even the slightest amount of meat in your diet will wreak havoc with all sorts of inflammation.

There is a positive correlation in some studies between high intakes of red meat and increased inflammation, but there are two things to consider:

It is well understood that weight gain increases inflammation within the body. Therefore, the combination of behaviours that increase BMI (which includes very high intakes of meat) may increase inflammation. But this does not mean that a small amount of meat incorporated into a generally healthy diet will have the same effect.

The film claims that a vegan diet is the only way to stop and/or reverse cardiovascular disease. I most definitely agree that high intakes of saturated fats from fatty meats, processed foods and high intakes of full fat dairy are strongly associated with an increased risk of cardiovascular disease, and increased cholesterol levels. However, there is insufficient evidence to suggest that lean meats, low fat dairy and even seafood have the same effect.

A Mediterranean diet has been correlated with low levels of heart disease and a longer life expectancy, and this still allows for small amounts of meat and poultry, some low-fat dairy, and plenty of seafood (especially fatty fish like salmon, which is a great source of omega-3)! Yes, it is largely based on whole plant foods such as grains, nuts and seeds, legumes, fruits and vegetables. The key is that while it is more plant-based, it doesn’t exclude all animal foods, yet still has very positive effects on cardiovascular health and life expectancy.

The film also suggests that the amino acids from meat stimulate pathways that make cells grow faster, including cancer cells. Animal proteins are great for muscle building because they contain all the essential amino acids that help repair and build tissues. One of these amino acids may also stimulate cancer growth.

However, tumours grow as a result of chronic, long-term stimulation of this pathway, meaning that you would have to be consuming protein all day, every day to have such an effect. This is in contrast to the 2-3 protein-based meals that the average person consumes. And don’t forget the plant foods still contain amino acids too! Which are no different from the amino acids that animal foods contain.

Vegan diets take a lot of careful consideration to be executed well. There are many nutrients that a vegan can become deficient in, including vitamin b12, iron, zinc and omega-3’s. Many of the athletes and health professionals in this video would have the resources available to create a plan that minimises the risk of nutrient deficiencies. So, make sure to seek professional advice before you decide to go completely plant-based.

The other thing to remember is that it’s not all or nothing. It is not either a plant-based diet or a low carbohydrate, high protein and high animal food diet. There can be a middle ground which incorporates some lean meats, low fat dairy, and omega-3 rich seafood among a majority of fruits, vegetables, nuts and seeds, legumes and whole grains. There is a myriad of evidence to show that this type of eating does in fact, reduce negative health consequences and increase life expectancy! And this is something I encourage my clients to do almost every day!!

The Portfolio Diet...Does it help with inflammation?