As I sit at my desk staring out the window at a bright, sunny day, I thought I'd share some slides and thoughts from the review course I attended at the recent ACR Conference in San Diego.

Blue Digits do present to rheumatologists. With our moderate Sydney climate, this is not a regular presentation (luckily). It tends to occur around winter and in the context of either confirmed or suspected autoimmune disease.

Here's a summary slide which gives a simple schematic for thinking about cold-associated blue fingers and toes. 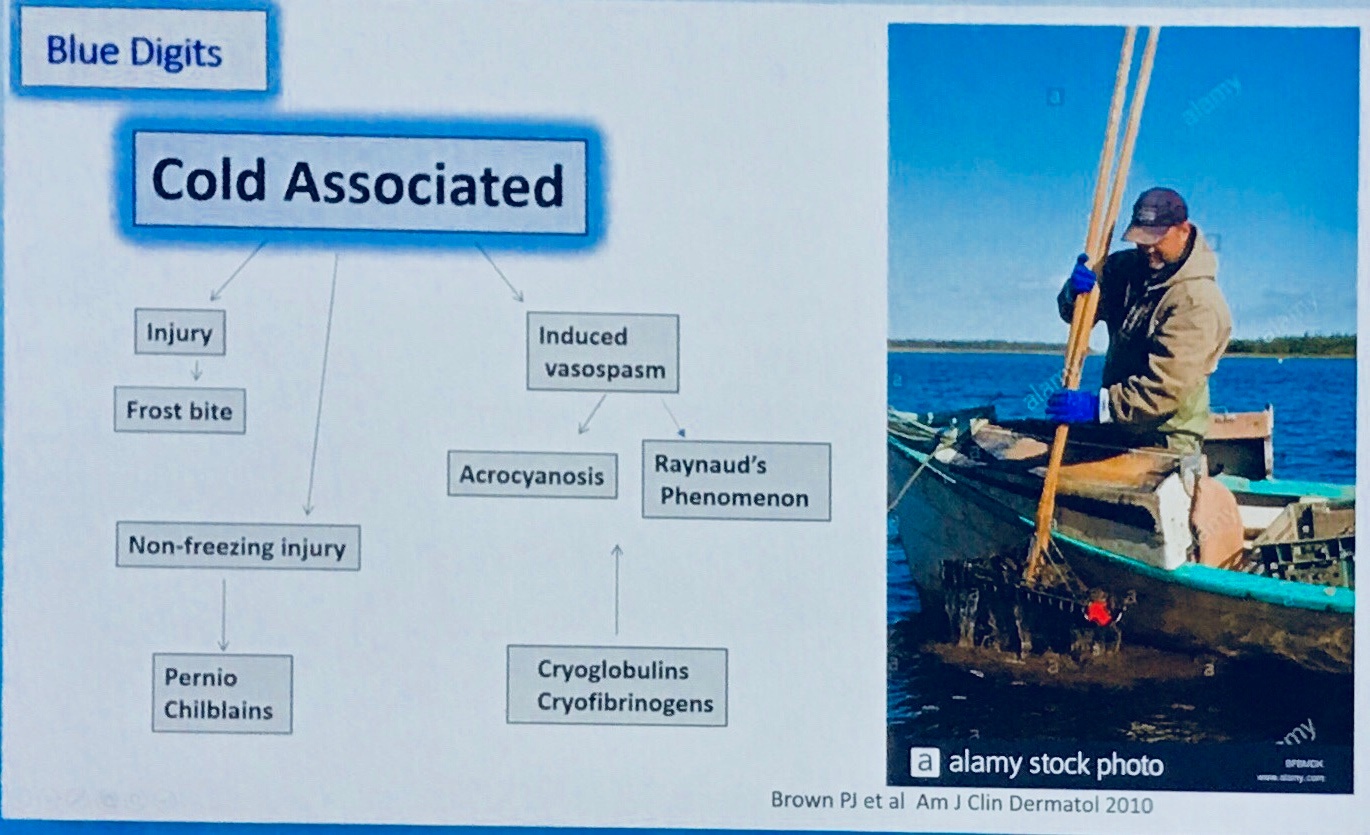 Primary Raynaud's phenomenon, also called Raynaud's disease, is the most common form. There is not an associated medical condition. It can be mild and can resolve on its own. 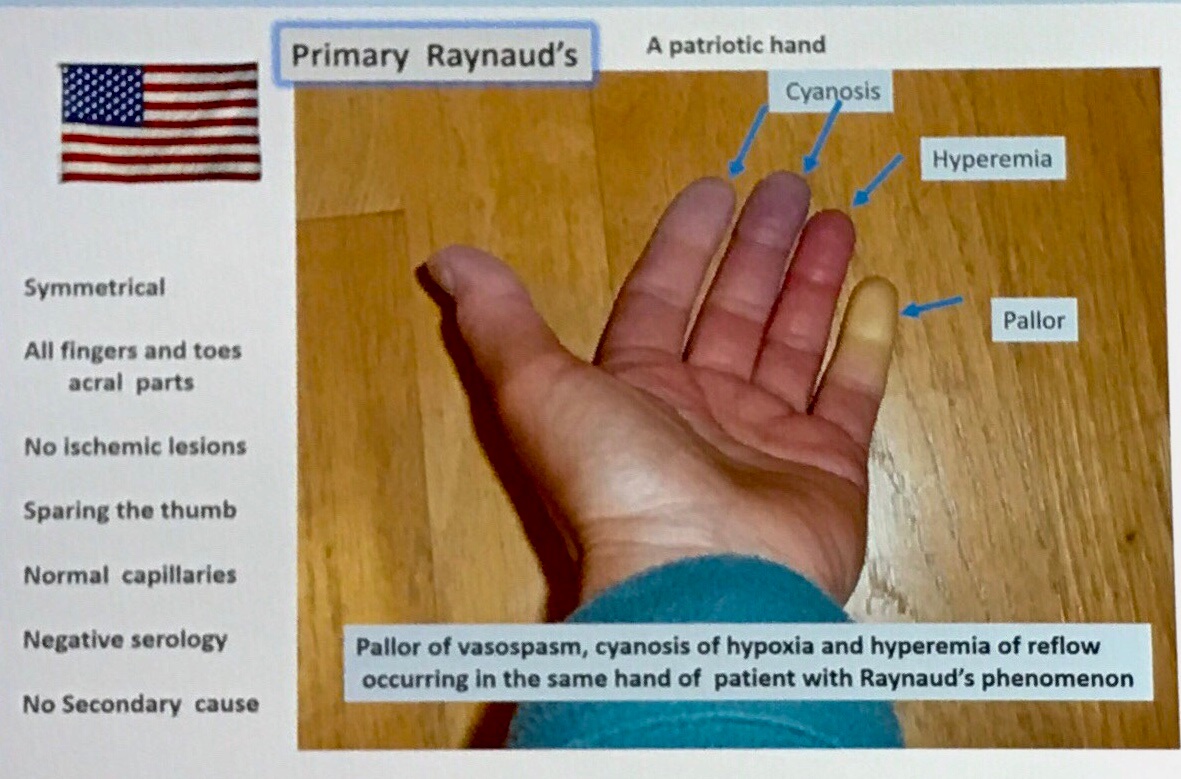 Causes of secondary Raynaud's phenomenon include:

With secondary Raynaud's phenomenon, we would usually attempt to fix or improve the underlying problem (where possible).

In addition to this, the following measures are used (for both primary and secondary forms): 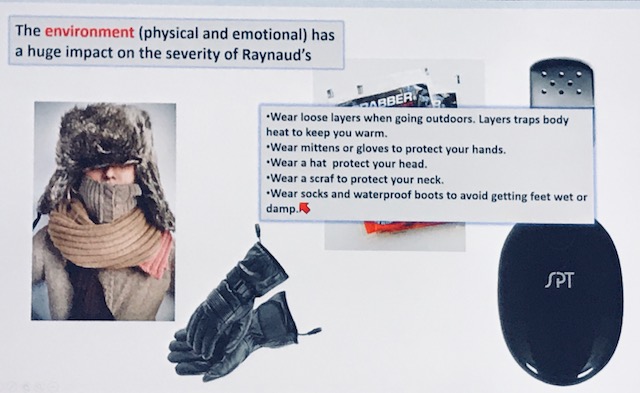 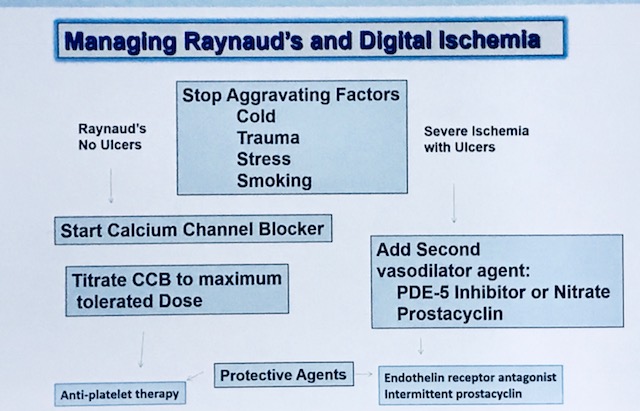 Raynaud's phenomenon can be really frustrating for both the person suffering it and for the rheumatologist attempting to help it. Warmer weather helps so we're looking forward to summer down under.

What's your experience of blue digits?

Our 2018 roadmap: how we hope to improve Your Rheumatology Clinic