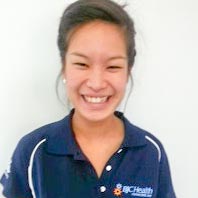 “I’ve had left-sided back and knee pain since last week. It hasn't improved with taking a few days off work. I am getting pretty worried. I have never had back pain for this long before. My knee pain is starting to spread down my shin now too. Is it coming from my back?”

This was Tom’s story at our first physiotherapy session.

Tom was a 26 year old mechanic. On a normal day, he spends hours bent over the hood of a car or lifting and carrying tyres and car engines around the workshop. He was no stranger to short episodes of acute back pain. These episodes would leave him unable to stand straight but it would improve with a few days off the tools and some bed rest.

Two weeks ago, Tom bent over to lift a car tyre from the workshop floor and he felt his lower back catch and felt immediate pain in that area. It was difficult for him to stand up and walk. Tom took the normal three days off and rested from any heavy lifting at home. However, this time his back did not improve. Instead he also started to notice his knee. He noticed left anterior knee pain occurred with his low back every time he stood up from a chair and walked for more than five minutes.

Two weeks later when Tom first ambled into the physiotherapy room from the waiting area, I  noticed Tom was standing up with his left leg completely straight and walked with a limp by swinging his left legaround. He didn’t look very happy either!

From listening to Tom’s story and his concerns, I needed to find out if Tom’s back and knee pain were related. Was Tom’s knee pain being referred from the back or was the back a separate injury to the knee itself?

Determining if Tom’s two areas of pain were related was important to ensure that he got the right treatment to get him back into the workshop as soon as possible.

Tom had described that bending over to put his socks on as well as getting up from a chair were the most aggravating activities for his back pain and knee pain. So the first thing I got Tom to do in our initial session once I had his history, was to bend down towards his toes until he felt his back pain get worse.

Tom was able to get his fingers down to his knees. His movement was stiff and slow and he stood up in the same way. He was apprehensive and concerned. I noticed that bending down did not bring on Tom’s knee pain.

“Let’s have a look at how you are standing up” I instructed Tom. I then looked at how Tom sat down and stood up from a chair. This brought on both his knee and back pain at the same time. On retesting, I corrected Tom’s knee position. He found this minimised his knee pain while standing up but his back pain stayed the same.

Now knowing the cause of Tom’s back and knee pain, we started treatment to get him fit for work.

Our first treatment session focused on correcting how Tom was walking and standing up to stop further irritating his knee. To help improve his back flexibility, some hands on work to his lower back enabled Tom to bend to touch his shins by the end of the session. Tom was sent home with stretches for his hip and thigh muscles. He was also advised to avoid any prolonged activity at home such as sitting, standing or walking for more than 15 minute periods.

After a week, Tom was able to bend to put his socks on and he was able to walk for 30 minutes around the workshop. Our further physio sessions were focused on restoring movement and Tom’s confidence to use his back to bend and lift at work. A lot of time was spent in front of the mirrors in the gym, with Tom practicing how to bend and lift well. Three weeks after our first meeting and Tom was back in the workshop bent over the hood of a car, where he wanted to be.

Low back pain can occur just at the back but sometimes it can occur with associated pain in another part of the body such as the hip or knee. If this is you, a physiotherapist at BJC Health can help you figure out where your back pain is coming from. Why not book in today?

Low Back Pain with Squats?

Who should I see when I get low back pain?