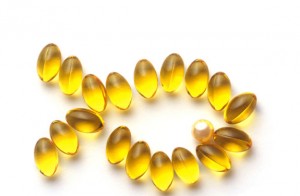 Fish oil has literally become the flavour of the month!

So much so that there are now a host of variants available on the shelf, including Super Fish oil, liquid fish oil, and Krill oil, with each option promising an advantage over the other! The popularity of the product seems to be ever increasing, particularly in the management of cardiovascular disease and joint conditions. The latter is the primary focus of this article.

The beneficial constituents of Fish oil are the omega-3 fatty acids, eicosapentaenoic acid (EPA) and docosahexanoic acid (DHA). These have been shown to suppress inflammatory mediators including:

These are effectively the same inflammatory mediators that are inhibited by the use of NSAIDs and the biological TNF blockers (albeit at a much lesser extent), thereby providing a biological plausibility to their use (especially in inflammatory joint conditions)!

However, the amount of EPA+DHA required to obtain symptomatic benefit in this context is relatively high at greater than 2.7g each day, which is more than is required for cardiovascular benefit.

The standard Fish oil capsule contains about 400mg of EPA+DHA and as such a patient would need to take at least 7 of those capsules a day, which would challenge even the most ardent of patients to comply with such a regime!! No wonder there are so many options available (as mentioned above).

But does Fish oil have a real benefit in patients with Rheumatoid arthritis, especially in the context of the modern management of the disease, which often involves the use of a combination of immunomodulating drugs to render the disease into remission?

That is the exact question that a group of our colleagues from South Australia set out to answer.

They chose to divide a cohort of patients with early Rheumatoid arthritis (defined as <12 months) into two groups, whereby one received 10mL of liquid Fish oil (providing 5.5g/day) and the other a low dose equivalent to 400mg/day, which is the dose often taken for cardiovascular disease.

Both groups were then treated for their disease according to the current standard approach, whereby disease modifying medications (DMARDs) were introduced in sequential order (including TNF blockers if required), with the aim being to achieve remission (a strategy termed treat to target).

What they found was the group receiving a high dose of Fish oil:

No differences though were found in overall disease activity, dose of Methotrexate or Prednisone used, or physical function.

The concern for an increased risk of bleeding was not found in their study, albeit I would remain cautious in prescribing Fish oil in those on blood thinning medications such as Warfarin or a combination of anti-platelet agents.

In conclusion, it would appear that there are indeed benefits to be gained with the use of high dose Fish oil as an adjunct to the current approach of treating Rheumatoid arthritis.

I would encourage you to read the article in full, which can be found in the Annals of Rheumatic Diseases (reference given below).

Whilst I am already in the habit of suggesting my patients take Fish oil, these results strengthen my conviction in this recommendation and remind me to ensure they are taking a sufficient amount.

I look forward to reading similar high quality research regarding the use of Fish oil in other joint diseases, especially in Osteoarthritis.

If you are a doctor, I would be most interested to know if you recommend fish oil, and if so what doses to you suggest?

If you are a patient, have you been recommended fish oil, and if so what doses do you take?

Help us design the Rheumatology Centre you'd like to attend

Can reducing stress on the legs of Mice teach us about Spondyloarthritis?