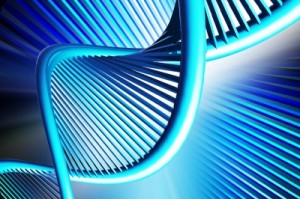 However, HLA-B27 is a normal genetic variant and does also occur in about 8% of the Caucasian population. If you look indiscriminately at the whole population, only 10-15% of those with this HLA-B27 gene will end up developing ankylosing spondylitis or another type of spondyloarthritis.

The majority of people carrying this gene will therefore not develop ankylosing spondylitis.

Saying this in another way, finding the HLA-B27 gene does not necessarily mean a clear diagnosis of ankylosing spondylitis.

A positive blood test by itself is not useful and this is an important theme for many medical scenarios. The usefulness of the test depends on the context that it is ordered in. History and examination is really useful.

With patients suffering from back pain, a history suggesting the back pain is inflammatory, other aspects of history suggestive of ankylosing spondylitis, and physical findings suggesting of sacroiliac joint pathology should prompt a doctor to order the HLA-B27 test. In this context, a positive finding is useful as it helps make the diagnosis even more likely.

Please note that in this example I’ve given, a negative HLA-B27 test does not rule out the diagnosis as the suspicion is already high without the test.

Why would we then bother with even ordering the test?

Well, it’s just another piece of the puzzle. The diagnosis of ankylosing spondylitis & related spondyloarthritis can be very difficult to make. In many cases, diagnosis is delayed and missed for years.

Rheumatologists use a range of tests including the HLA-B27 test, to supplement our assessment process so that we can make the most appropriate diagnosis.

My Exercise Classes are Fun