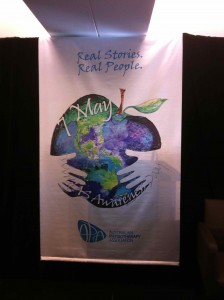 I woke up on Friday with a sore, hoarse voice. By the time, I reached work, it was worse and after my morning list of patients, I hardly had a voice. This was going to be a problem given I was due to introduce and present at the AS You Can See It Seminar on Saturday, World Ankylosing Spondylitis Day.

People are kind and many remedies were suggested, but in the end, I resorted to the brute force of potent medication. I'm actually not recommending this to any of you which is why I'm not going to tell you the secret formula. I was desperate to find a voice.

Many people gathered in Brisbane that Friday night to set things up. Conference organisers, IT & stage crew, our pharmaceutical industry colleagues, doctors, Roberto Russo and myself. 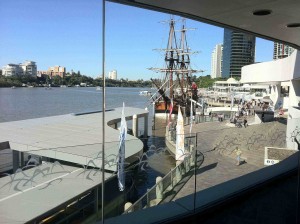 Saturday morning was glorious. Sunny and warm. The venue was by the water with a great view.

The physiotherapists streamed in and we started at 9am with Professor Matthew Brown, the chairperson for an on-site audience of over 100 Queensland-based physiotherapists. There was a simultaneous seminar in Hobart and a webinar of the event with over 350 participants.

Our contribution to World Ankylosing Spondylitis Day kicked off. I found a voice. I explained the history and reason for the AS You Can See It Seminar series and wanted to leave our physiotherapists with one clear message. That they matter. And what a physiotherapist does, matters immensely to the patients they come in contact with.

This day to raise awareness and improve diagnosis and treatment for patients suffering from diseases such as Ankylosing Spondylitis, Rheumatoid Arthritis and Psoriatic Arthritis went smoothly.

We were kept up-to-date with the keynote speech by Professor Brown, we learned about the model-of-care for Ankylosing Spondylitis including a rheumatology nurse, Linda Bradbury & a dedicated physiotherapist, Margaret Lewington & we were reminded of the On-Line learning modules created to further improve physiotherapy learning by Karen Howard. 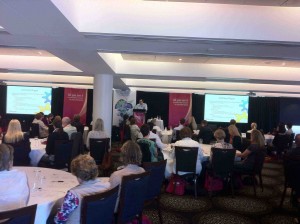 We received an update on rheumatoid arthritis by Dr Simon Lam, an overview of medical therapies by Dr Phillip Robinson, a tour of musculoskeletal radiology by Dr Nivene Saad. We were treated to two entertaining talks from Dr Roberto Russo on enthesopathy and nuclear medicine imaging. I also did my limited impersonation of Steve Jobs in trying to highlight the ipad as a very useful tool for physiotherapy practice, demonstrating a working version of iAnkylosing Spondylitis (an app we hope will be available on itunes later this year).

But perhaps, the most important sessions, were the ones that described the patients experience. We were shown 2 video messages and were fortunate enough to have 2 local patients attend to describe the trials and tribulations of living with Ankylosing Spondylitis, the frustration of delayed diagnosis, and the benefits of effective therapy. The day ended with a special guest, Mitch Crews. He described his pain & frustration prior to being diagnosed with the disease & commencement of TNF-inhibitor therapy. With treatment, he has managed to return to surfing and is now one of Australia's top surfers.

From the early feedback, the seminar was well received.

After 3 seminars, between February 20th and May 7th, we have reached out to a 1000 physiotherapists. If each of those physiotherapists just diagnoses 1 extra patient suffering from inflammatory rheumatic disease in their working life, we would have made a bigger impact on people's lives than what each of us could probably have achieved individually.

And that's just the start. The potential for more good is there. We hope to continue this conversation between rheumatologists, nurses, pharma, physiotherapists and patients.

Dr Irwin Lim is a rheumatologist and a director of BJC Health.

BJC Health provides a connected care multidisciplinary team philosophy to deliver positive lifestyle outcomes through a holistic approach to those with degenerative & inflammatory arthritis, tendon injury and lifestyle diseases. Our clinics are located in Parramatta, Chatswood and Brookvale. Contact us.

This blog focuses on arthritis-related diseases, healthcare in general, and our Connected Care philosophy.

Don’t use the usual excuses