The benefits of drinking water

Our bodies are made up of approximately 60% water.  So what happens when we don’t drink enough water? And what are some easy ways of getting enough in? One of the most common things I hear most at work is ‘I could probably stand to drink more water’. So ... 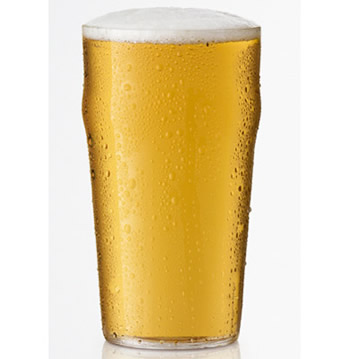 Thanks to craftbrewtips.com for picture

I was first alerted to this study about using beer as a sports recovery drink by the lovely Tim Crowe, and did it make me laugh! But, maybe it is not as silly as it sounds! A study recently released by a group from Griffith University in Queensland don’t think so!

So, what was the study? What did they find?

So, what was found? Low alcohol beer with sodium had better fluid balance and lower urine output when compared to other drinks.

These findings are actually consistent with a 1997 study that examined the effect alcohol has on restoration of fluid balance. This study found no difference in rehydration status between drinks containing 2% alcohol or less .

Now, this does not mean that I am recommending you drink beer after your workout; a standard light beer is 2.7%, with amounts only going up from there in other beverages. As the authors of the QLD study state, this provides ‘a potential compromise between a beverage with high social acceptance and one which avoids the exacerbated fluid losses observed when consuming full strength beer’.

I think I know a few people who’d put their hands up to participate in further studies!

Chloe McLeod is a dietitian at BJC Health.
This blog focuses on diet & nutrition generally and diet & nutrition in relation to the treatment of arthritis and arthritis-related diseases. Contact us if you'd like our help in managing diet-related health issues.

BCAAs - Are they really needed?