I’m sorry that I’ve been missing from this blog. I was galvanised to start blogging in late 2010 to try and rectify community attitudes to Methotrexate after a string of poor outcomes for my patients (here’s my very first post - Why bother blogging?) ... 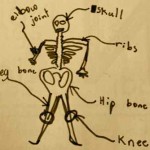 Warning! I am not trying to offend and will be making some generalisations.

Does the colour of a patient's skin affect how I consult with them and my treatment options?

I think it does. If the patient is an immigrant, the country of origin may suggest different diagnoses due to differences in genetic predisposition or environmental factors such as different infections. That's a given and not the topic I'll discuss today.

Obviously, I try to do the best I can for every patient and equally obviously, cultural sensitivity helps rapport.

When I reflect on my practice, I do adjust my "pitch" and approach to both explanation and treatment options depending on the cultural identity of the person in front of me.

I work in 2 different parts of Sydney.

On the North Shore/Northern Beaches, an area which is affluent, the majority of the patients who see me are white, anglo-saxon persons.

In Parramatta, in Sydney's West, the patient mix is extremely varied with those of anglo-saxon origin, Italians, Greeks, patients from the Middle East and a relatively high proportion of "newer" Australians, those of Oriental origin as well as those from India.

In general, I spend a lot of time on explanation and answering lots of questions with my anglo-saxon patients. I also find I have more success in trying to talk about the advantages and disadvantages of a variety of treatment options. For disease due to biomechanical problems, it is easier typically to convince that exercise and proper rehabilitation is an essential aspect.

In general, patients from the Middle East, and most of my experience would be with Lebanese patients, present with a lot of widespread pain. This may be due to the fact that in general the presentation is late, and problems have accumulated. Vitamin deficiency or insufficiency seems to be very prevalent as well, and as a generalisation, middle aged Lebanese women do not exercise (housework does not count). They are typically very committed to family life and do not have time for themselves. This aspect seems a common theme for middle aged immigrant women, irrespective of where they originated from.

Patients of Indian and Chinese or Korean origin are very much more likely to have tried traditional remedies, such as ayurvedic or Chinese herbal medicine. In general, I find Chinese and Korean patients want a "quick" fix and they prefer passive options. By this, I mean that a tablet or injection or hands-on therapy such as massage is preferred to strengthening exercises which may take months before a result.

Among all immigrant groups, it is much harder for me to convince the patients of the need for proper exercise/rehabilitation programs or dietary modification. Compliance if they do end up starting such a program is also unfortunately less good. In those who have autoimmune diseases requiring treatment, it's harder for me to convince of the need to take regular medications needing close supervision.

And yet, as another generalisation, the immigrant groups are more likely to want a more paternalistic approach from me. I think that I guide the consultation direction as well as the eventual management decisions more.

Possibly, the level of education plays some part. Degree of affluence may influence. Language difficulties may contribute. It may just be my biases. I am of Malaysian Chinese origin but I've lived in Australia most of my life and speak only English.

By the way, this post was instigated by my friend, Rafic, who is an Australian of Lebanese origin, after a corridor chat about his mother and her health problems.

I don't mean to offend any of you. I'm writing this to get your thoughts and hopefully, improve my cultural sensibilities.

Dr Irwin Lim is a rheumatologist and a director of BJC Health.
Arthritis requires an integrated approach. We call this, Connected Care. Contact us.
This blog focuses on arthritis-related diseases, healthcare in general, and our Connected Care philosophy.